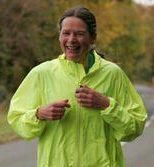 White Horse Harrier Sheila Bailey ran well in the final round of this winter’s Oxford Mail Cross Country league to secure top spot in the V55 women’s category. Despite winning, she has vowed that this will be her last cross country season so she won’t be back to defend the title next year.

Elsewhere the club had team success with the U15/U17 girls taking a very good second place. The girls have worked together well all season, giving each other lots of encouragement. Special thanks go to Ellie Dykes who increased her training so that the team could be sure of holding on to the second place.

Football commitments and injury reduced the number of U13 runners, however Ben Claridge and Mungo Graham both gave the team 100% to secure 5th place overall. The U15/U17 boys, who were hit by illness and injury earlier in the season, still managed a creditable 4th team out of 13 in the league.

For the men, Paul Jégou had another good run, finishing 14th, to take tenth spot overall. Despite the efforts of all the male runners the men’s team finished bottom of Division 1 and will be relegated to division 2 next year.